What would you do? Cheat, compete, complain or let it go? 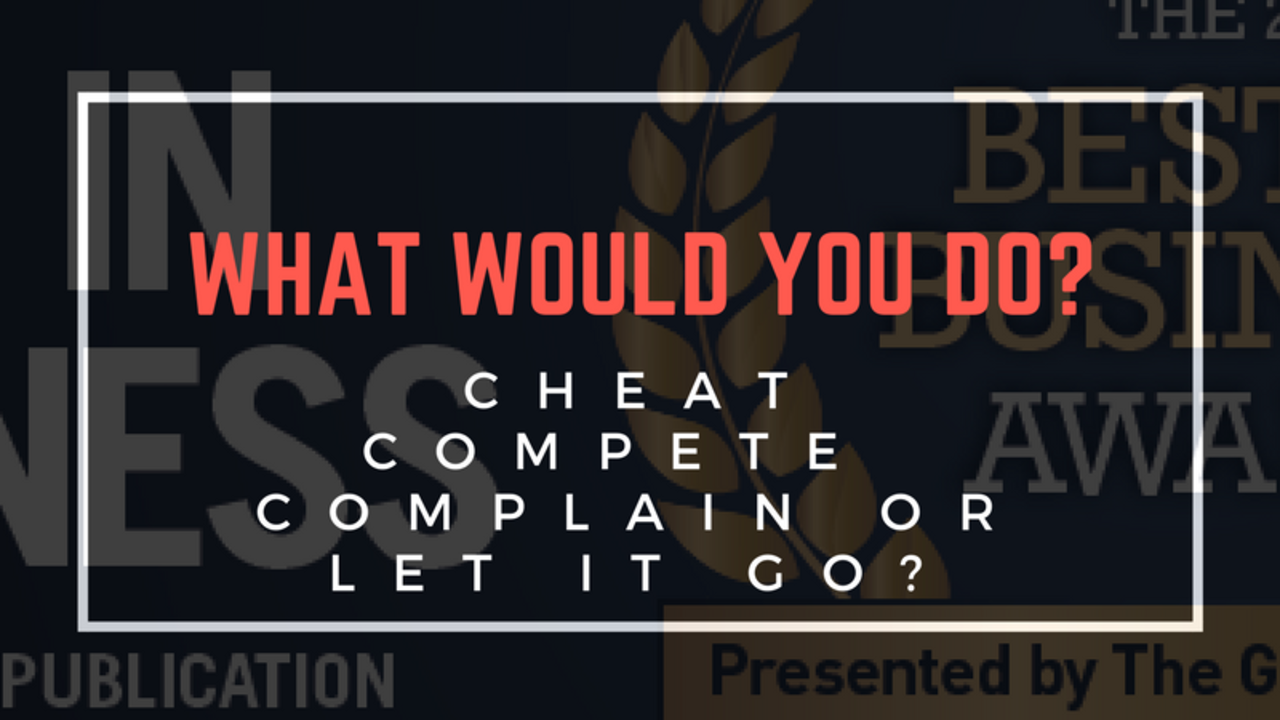 If you were involved in a business competition where there is a risk for businesses to cheat because of a voting system that is untrackable or transparent and you are aware of businesses who have cheated previously and won...

What would you do?

Would you cheat as well?
Would you try to compete, knowing that others are cheating?
Would you complain?
Or would you let it go?

On the eve of a prestigious local business award night, I withdrew my first business nomination from the competition in adoration for my own social ethos and that of the local communities as well.

I have no emotional ties to the nomination. I was not previously or consciously seeking a business award.  I already feel like I compete with myself so much that an award from an external source would be nice but of no real consequence. I feel quite black and white about my decision to withdraw. But instead of just...

Stay connected with news and updates!

light box in the courtyard

what would you do

you're better off seeing a physiotherapist than a doctor

Soooo you want to be part of Tribe?

Seriously - we look after our team. FREE discounts + deals + advice and other cool stuff. We don't bite.